It was another great turnout this year at the 6th Annual NAIOP Raleigh Durham Sandblast. Over 185 players and spectators hit the sand on Thursday, May 16, 2019 to compete for the title to help NAIOP raise money for Note in the Pocket. Since its inception six years ago, the annual SANDBLAST volleyball tournament has raised over $25,000 for local charities. NAIOP’s $5,000 donation will allow Note in the Pocket to provide many students and families with sufficient clothing for all NC temperatures. Mid-Atlantic’s Chuck Hoffman emceed the event and the CBRE-Raleigh were crowned for the fourth year in a row on Mid-Atlantic Championship Court. Click here to view an outstanding video of the event! 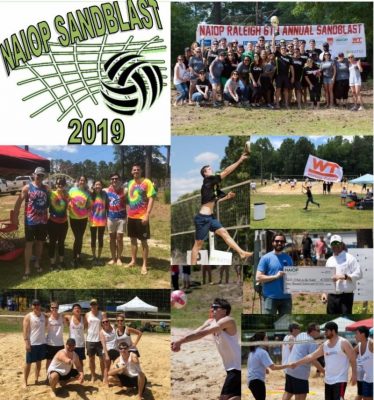 "Mid-Atlantic has always provided the necessary resources and expertise on our Environmental Site Assessments during the due diligence period. The time constraints for this work are often very challenging; however, Mid-Atlantic has never told us no. They find a way to get the job done while producing a top quality work product."